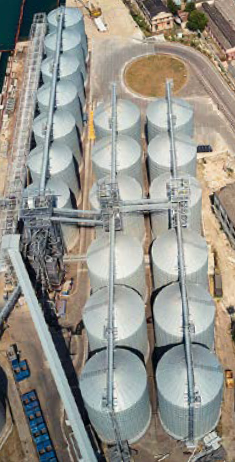 Situation: Iowa-based DFS Feeds had grown over many decades and three generations to become a large, independent family-owned feed mill operation serving customers throughout Iowa. At the same time, while other family-owned feed mills had joined co-ops, DFS had stayed independent during the time when the industry was favoring large volume enterprises. The family had invested wisely over the years in real estate, manufacturing and equipment. The company was doing well and its high quality, well-known brand was a pillar of the industry. Special care had been given to building a culture of trust, honest dealings and the company’s reputation was second to none. However, the family was at a point when decisions needed to be made about the future. A long-time friend of the family and board member of the company had utilized Platinum’s advisory services more than 20 years ago. He called Dean Bachelor and asked, “Is Platinum still providing strategic planning for clients in transition? The answer: “Yes.”

Responses: Platinum’s Steve Coleman facilitated a series of family meetings to bring the family members, many of whom were shareholders in the family business, together to discuss the company’s future. At the same time, Platinum’s Bill English met with dad and son to sort out their individual goals and attitudes toward the future. With their collective guidance, the family decided that it was perhaps time to consider selling the business. They asked Platinum to represent it in a sale. Dean Bachelor and Ron Leaf then worked with the family to identify the ideal buyers for the business and present the company in way to reap maximum reward for the 80 years of efforts the family had invested in the company. Dean and Ron met with two potential strategic buyers that the family had blessed as good stewards and people they felt could be trusted to carry on the family’s legacy. However, because the company stretched across the state of Iowa, each buyer was interested in certain geographical sections of the state. So the decision was made to sell to both parties; one taking the NW operations and the other purchasing the operations located in the SE part of the state. The family was concerned about how this would be viewed by the company’s stakeholders, including their long-term customers whom they had served for many decades, their employee and the community. Platinum’s Dale Kurschner stepped in at this point, facilitating a communications plan that provided assurances to the company’s stakeholders throughout the industry and community.

Results: By the end of 2018, two transactions had taken place. The father is on the board of one buyer and spending more time with family and focusing on his faith-based activities and missions work. The son is now working under a long-term consulting contract in the grain trading business – with both buyers.

Dave Kier, the family patriarch, said, “Once the difficult decision to sell the family business was made, there were many questions to be answered and thankfully the Platinum Group not only answered the questions but, more importantly, came along side us through the emotional period to encourage and coach us. We believe God put us together and this was proven out by how smoothly the transactions went.”