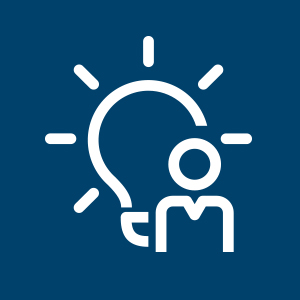 Situation: “When are you going to retire?” was a frequent question asked at the 30-year anniversary of an early childhood education business where the founder/owner received thanks from past clients whose children had benefitted from attending. Three children in the founder’s family had been involved in the early growth stages, but were not working in the business. The founder’s husband had retired from his career and was a part-time supervisor of financial reporting. Neither founder nor husband felt health concerns or financial pressures, yet uneasiness was growing over future leadership of the business.

Response: The founder was invited to participate in a monthly breakfast roundtable for business leaders experiencing career transition. In a confidential setting hosted by Platinum Group, business owners told their own transition stories about entering the next chapter of life after full-time work. Open dialog drew out new possibilities and options that had worked for other owners in transition.

After two years of hearing these owner-to-owner stories, this founder decided it was time to do something. She agreed to use a family communication process facilitated by Platinum Group. All members of the first and second generations, including spouses, were invited to express their hopes for the future of the family business. The wife/husband owners were guided by a clear desire to continue harmonious family ownership into the next generation. A transition team of estate planning, financial planning and tax advisors was engaged over the next several years. A long-term succession plan was developed relying on non-family management and communicated to the second generation. An internal manager with the right skills and passion was promoted to lead the business. An advisory board, comprised of two outside directors and one second-generation family member, met quarterly with the wife/husband owners to provide governance oversight, encouragement and challenges.

Results: The business flourished under the professional non-family leadership. Enrollment grew, new teachers were added, national accreditation was achieved and a third site opened under a licensing agreement. The wife/husband owners stepped back from operations to focus on a family foundation, establish a new education facility in South America and spend winter in warm weather. When the professional manager as successor was hired away to a bigger opportunity, a second-generation family member with the most experience in the business was able to step into leadership without experiencing the turmoil that often comes with departure of a strong leader. A 10-year transition plan is being implemented with annual updates for the benefit of both generations. Family communication meetings continue on a regular basis.