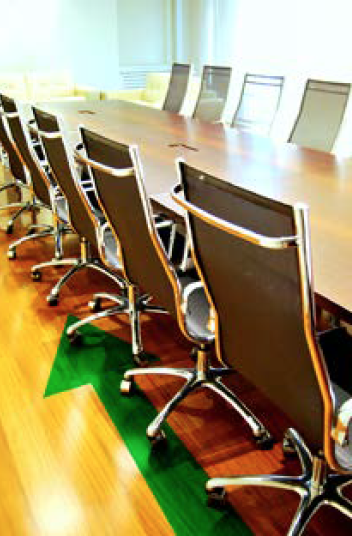 Situation: A St. Paul-based, nonprofit with its main operations in the construction industry and its major holdings/assets in commercial and residential real estate, was hit by a revenue crisis during the 2008 recession. The Board had an ongoing agreement with its lender to extend the maturity date of its loans until 2013, when it was surprised by the sale of its lender’s portfolio to a trust fund. It ultimately landed in an entity that was owned or controlled by a global, distressed real estate Fund. Refusing to negotiate an extension of the maturity date of the loans, the Fund commenced three foreclosure actions against the nonprofit. This action led to the Board’s retaining Platinum Group, as well as legal counsel, to help guide them through a crisis that threatened the entire organization.

Response: Platinum’s financial advisors and the legal counselors had numerous discussions with the Fund’s attorney to pursue a settlement. Before and after the bankruptcy proceedings, Platinum conducted extensive searches for a refinancing solution, including communication with more than 50 lending institutions, ranging from senior secured debt providers to unsecured debt sources. These searches resulted in terms sheets that provided approximately 70% (first search) and 65% (second search) of the outstanding loan balance. Neither level of repayment was acceptable to the Fund. In order to augment the second offer, Platinum’s financial advisors structured a subordinated note, with the refinancing package resulting in a recovery of approximately 90% of the outstanding principal.

Results: Platinum worked with the organization’s Board to facilitate a process to identify senior secured lenders, which culminated in a commitment from a new lender that closed in June 2017 to provide $7.5 million in financing to pay the Fund. In addition, the restructured financing package included a subordinated note to the Fund totaling $3 million. The net result was the forgiveness of millions of dollars of debt that may otherwise be owed to the Fund, including principal, interest and other fees and costs. The bankruptcy case ended successfully in a confirmation of its plan of reorganization. After three years of litigation, the nonprofit’s restructured debts are supporting future operations and allowing the entity to thrive.