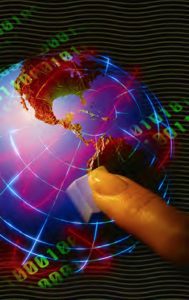 Situation: Platinum Group started working with a map printing and publishing business in 2008. This 33-year-old, family owned business suffered from a shrinking market, coupled with significant debt. The situation was especially painful for the founder as he had two adult children in the business with families of their own to support. Platinum stepped in to manage a turnaround with the goal of providing a favorable outcome for the family.

Response: Platinum member Kevin Nieuwsma quickly determined that the only way to save the company was to restructure the entire company, with the understanding that there was a rapidly declining revenue stream. Kevin quickly took steps necessary to stem the bleeding and to preserve the all-important Geographic Information Systems (GIS) intellectual property that had been created and built over many years. The company had invested in software for a geovisual analytics project, which Kevin and the founder determined could be developed for the school district marketplace. The founder’s earliest passion had been school transportation; he went back to his sources to discuss interest in providing maps and student data electronically to school districts. Working together, Platinum and the founder researched, developed and proved a new concept for a subscription-based, geovisual analytic software product for the K-12 marketplace and renamed the company GuideK12. Using a unique and proprietary information platform, GuideK12 allows school districts to visually explore and analyze data by location for the purpose of improving learning, forecasting, capacity planning, boundary discussions and optimizing resources.

Results: Within a few months, one Twin Cities school district bought the software. The fourth largest school district in the country ran a pilot program with this software that went well enough to justify a sole-source contract. Once the concept was validated and sold into other school systems and other states, GuideK12 was ready for a national roll-out strategy. The response of school systems has been so positive, Platinum recently completed the raising of more than a million dollars to support the future growth of the company.

A new CEO has been brought in who has extensive K-12 industry experience to take the concept nationally. Value is emerging and is bringing an antiquated business into the 21st century. The founder remains as a Guide K12 board member and shareholder. His one son is preserving the family legacy by maintaining the original mapping business; the other son is a regional sales manager for the company, with career opportunities and equity. School districts representing more than 20% of all students in Minnesota are now utilizing this software. And the company recently won a highly coveted technology award within the K-12 industry.