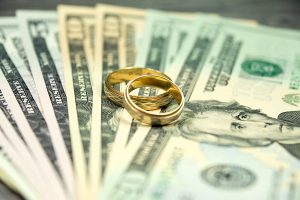 Situation: A husband and wife who owned three businesses, which complemented each other, were referred to Platinum Group by a close friend to evaluate the health of their operations. After successfully completing an Opportunity Assessment – where Platinum reviews the business finances, operations, governance and culture – recommendations for improvements were outlined. As part of this process, it became clear early on that the two owners’ marriage was highly distressed. The strain was so stark that they openly admitted they were considering divorce, dividing up the assets and shutting down their businesses.

Response: Platinum’s Bill English, a Minnesota-licensed psychologist, recommended that the priority was to the save the marriage by engaging the couple in a series of conflict resolution sessions. They agreed.

Platinum believes that love authentically expressed is vital to any marriage, especially for couples who own businesses. Hence, the first set of recommendations focused on reigniting their love relationship:

Nearly every business has clash points around governance, leadership, resources and roles. The second focus was on improved communication and governance around the continual assumption of debt. Platinum recommended enlarging their Board to include trusted advisors who were not close friends – who would have more of an arm’s length transaction and could be more objective about these decisions. They agreed to submit to Board approval of spending over a certain limit. This would put a check on their spending and give them a process for justifying the assumption of more debt.

Results: Happily, after three months, this couple was no longer considering divorce. They were praying together and having fun again. They even decided to take a multi-week trip to Europe as a second honeymoon. As a result, one spouse decided to back away from working so much and focused on causes in which they both believe.

Platinum believes that every business owner has the problems that he or she tolerates and understands that unresolved conflict leaves opportunity and profits on the table. For this couple, their marriage and business were saved, as well as over 100 jobs in the community. Their prospects for a bright future were saved. And both are now in a better place with better governance and a thriving marriage.