“I’ve been blessed for more than 35 years with terrific mentors and by working with really talented leaders and colleagues. Now I’m at a point in life where I want to share that and help where I can—to help other leaders in ways I’ve been helped, particularly those who are navigating big challenges or opportunities.”

Jon is an accomplished CEO, trusted board director and thought leader best known for leading American Public Media Group (APMG), the nation’s largest station-based producer and syndicator of public radio programs and podcasts serving more than 20 million listeners in all 50 states. As CEO, he grew APMG revenues by 35 percent, reduced long-term debt by 52 percent, increased total assets 26 percent and raised over $100 million to invest in growth and innovation. He also founded the Glen Nelson Center to identify and invest in the brightest ideas by diverse, visionary founders, and he piloted APMG’s founding of Gather.com, a pioneering, private equity, social media venture based in Boston, (now Skyword.com).  Prior to becoming CEO, he was chief operating officer for eight years and was deeply involved in building Minnesota Public Radio and APMG since 1983.

In addition to his time at APMG, Jon founded and led a private hospital foundation in Reading, Penn., and was vice president for advancement and university relations at La Sierra University in Riverside, Calif.  He has advised founders, CEOs and directors of private companies and non-profit organizations as they wrestled with strategic business disruption, prepared for transformational growth, and managed through founder or CEO successions.  Jon also has a long history of private company and non-profit board service and board committee leadership, including with the boards of National Public Radio, Second Harvest Heartland, Every Meal (child hunger), Concordia Academy, and the Bemidji State University Foundation. 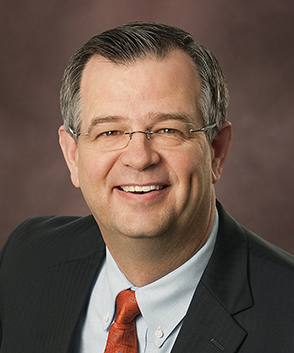