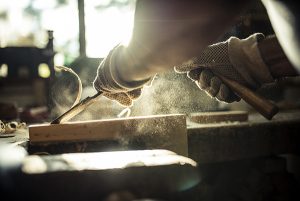 How Platinum restored a culture of craftsmanship

Situation: A building component manufacturer – the industry's largest in the Upper Midwest – with seven plants and 150 employees had fallen on difficult times. Sales had eroded by 30 percent and many key managers had left due to the CEO’s leadership style. The owners, a group of private equity funds, knew the company was in trouble and called on Platinum Group, as on several previous occasions, to step in as Interim CEO.

Response: As Interim CEO, Platinum stepped in, met face-to-face with almost 100 employees and asked questions to better understand the problems the company was facing. Platinum facilitated a two-day REBOOT program, which brought together the ideas and energy of 60 employees – management team, sales and others with customer contact – to develop a turnaround plan. (REBOOT is an interactive, whole company process for employees to help drive a new vision.) The employees accepted the challenge to create their own future. More than 12 action teams established goals to increase revenues, gross margin, fix supply chain issues and install a payroll and benefits system for the entire company.

In place of the previous freezes on hiring, wages and spending, a reverse strategy was set. Some of the fired, good employees were rehired. Equipment and vehicles were repaired to keep production going to fulfill the backlog.

New mission and vision statements were created to focus on the core value of “craftsmanship” and the unique culture of each plant location. Instead of molding every plant into the same culture, each carried forward with its unique culture to flourish under the guidance of its own general manager.

Results: Once employees believed they could operate within their own culture, they outperformed themselves with determination and pride in their craftsmanship. Shipments and margins increased. Within six months, the company went from a $1 million in loss to $1 million profit. And Platinum assisted the company in finding a new CEO who could build on the new successful culture established.