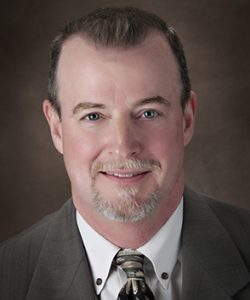 “How is my company performing and what, if anything, should I be doing to keep on track?”

That’s a common question owners should ask themselves daily. Just like going on a trip, they know their desired destination — sustainable profitability and working capital sufficiency. Yet without a series of early warning indicators, they begin to lose altitude and can be headed for a crash before they have a chance to make a course correction and save themselves.

It’s difficult to navigate a business using standard financial reporting. A monthly balance sheet, income statement and statement of cash flows just aren’t frequent nor informative enough to stay on top of what’s going on in a business. A decline in order bookings or backlog might signify a decline in revenue. If an owner follows backlog information and sees it dropping day to day, expenses could be cut sooner and working capital preserved. Wrong decisions can be avoided if there is visibility into these numbers.

Many companies operating today lack the necessary working capital to weather a rough period. Owners need information tailored to their business to track progress. There are key best practices that forward-thinkers use to access real-time information about the direction of their business, including:

Combining these best practices can answer the “How is my company performing?” question. Frequent review of these tools allows owners to make essential changes sooner to impact profitability and preserve critical working capital.

Seeing profits erode into losses month after month, one business owner had exhausted all his working capital. Retirement accounts were tapped; friends and family had contributed to support the business but all had reached their limit. It wasn’t long before the bank issued a default letter, a precursor to calling the note and/or foreclosure.

This owner, like many others, had lost sight of what it took to be profitable. While his revenues were declining, he had steadfastly maintained the same expense structure, not knowing where the line crossed between profit and loss, and what level of sales he needed to achieve to the break-even point, the level of sales necessary to cover fixed expenses.

A consultant helped him to dissect the income statement by classifying every expense item as either fixed or variable. The former would be incurred regardless of whether or not product was made; the latter, only if manufacturing occurred. Rent, payroll, health insurance and bank payments are common examples of fixed expenses, while materials used in manufacturing, commissions and freight would be considered variable expenses.

After identifying his break-even point, the owner clearly saw the need to shed $100,000 in fixed expenses per month. Line by line, expense items were reviewed and difficult decisions were made. The company achieved profitability two months after the restructuring.

Today, this business owner frequently reviews his break-even point to ensure current knowledge of what needs to be sold for maintaining profitability. As sales trends upward or downward, he can make proactive decisions on how to respond, possibly reducing fixed expenses if a sales decline seems permanent.

Despite establishing profitability, this company was still in trouble with its bank, which had responded to the poor historical financial performance by restricting the credit line. Unable to borrow under normal terms, the company had little latitude as it navigated what would be considered the normal ebb and flow of its cash flow cycle. Overspending in a period where cash was tight could mean bounced checks to vendors, so there was urgency to create a weekly cash flow forecast.

The company created a forecast that spanned the next quarter, or 13-week period, focusing on the weekly sales and collection assumption. Priority expenses such as payroll and taxes were made as scheduled, while discretionary payments, if necessary, were deferred until there was ample cash to satisfy them.

Use of the 13-week forecast inherently encouraged a prospective view of cash flow management, a good first step. The next step, comparing actual results for the past week with what was projected that week, gave the benchmark for management to ask some difficult questions: What was projected correctly? Did shipments exceed forecast? Where was the projection off? Did overspending occur? What corrections by management need to be made to get cash flow back on track?

Using this information, the company was able to make promised payments to its vendors. By sharing it with the bank, the company developed credibility over time by hitting its 13-week forecast and ultimately received extended credit terms.

Once the owner found himself out of the office more often, maintaining current knowledge of his company’s performance was a challenge without access to real-time information. An Excel spreadsheet was created that contained a series of reports that were critical to running the business, typically known as a dashboard, which could be easily accessed via the Internet.

Like an automobile dashboard with “dials” for fuel, speed and warning indicators, his business dashboard provided much of the same information to drive the company. His 13-week cash flow and break-even data indicated cash flow sufficiency and velocity.

Other “dials” were added to monitor quote tracking, order conversions, daily shipments and backlog levels, which gave the owner a perspective on sales momentum. A check register, paired with an accounts receivable and payables report, provided visibility to changes in cash levels.

Using these key best practices, this owner was ultimately able to achieve sustainable profitability and replenish the company’s working capital position. The ability to proactively track performance is critical to every company’s success in today’s fast-paced business climate.

Pat Brennan has been a business owner and interim CFO in many privately held businesses and has led financial restructurings in numerous business sectors. He is a partner at Platinum Group and can be reached at Pat.Brennan@ThePlatinumGrp.com. If you would like to schedule a free consultation with Brennan or one of our other consultants, let us know here or by calling 952-829-5700.