When a family business negatively impacts a courtship, strongly consider how it could destroy a marriage relationship by reading a recent blog post by Platinum’s Bill English, “I Can’t Marry Into This.”

Bill says, “This story is a compilation of three different calls I received last year that were remarkably similar. All three found me via this web site and called me for advice: two females and one male. The names and particulars have been changed or merged so that their identities are protected. But their story is repeated every day, in nearly every county across the United States. I post this story so that others in their situation will have permission to consider what it means to marry into a family business.”

Editors Note: This story is a compilation of three different calls I received in the last year which were remarkably similar.  All three found me via this web site and called me for advice. Two were female, one was male. The names and particulars have been changed or merged so that their identities are protected. But their story is repeated every day, in nearly every county across the United States. I post this story so that others in their situation will have permission to consider what it means to marry into a family business.

About six months ago, a rather smart, beautiful young lady contacted me about her financés’ family business. Her future father-in-law – who owns the business – is overbearing and treats his son – her fiancé – poorly when it comes to compensation and not following through on promises about relinquishing control to his son. Even though the father has gifted significant numbers of non-voting shares to his three sons and one daughter, the other three siblings have long since left the business because they can’t get along with their dad. To their way of thinking, their shares are pragmatically worthless because they believe their dad will eventually drive enough people away that it will cause his business to fail. As a result, these siblings have been semi-excommunicated from the family because, to my way of understanding, the family business plays too large a role in their family relations. In other words, if you want to be part of the family, you’d better put the business first in your life, your marriage and your family.

“I can’t marry into this”, she said. The family business had already negatively infected their courtship. She was having a hard time respecting her fiancé because he wouldn’t stand up to his father. Afraid of retaliation, her fiancé would just “take it” – whatever it was – just to keep the peace. The business had become the elephant in the room and was with them wherever they went – whether to the mall, to the theater, out to dinner – the elephant was always with them. 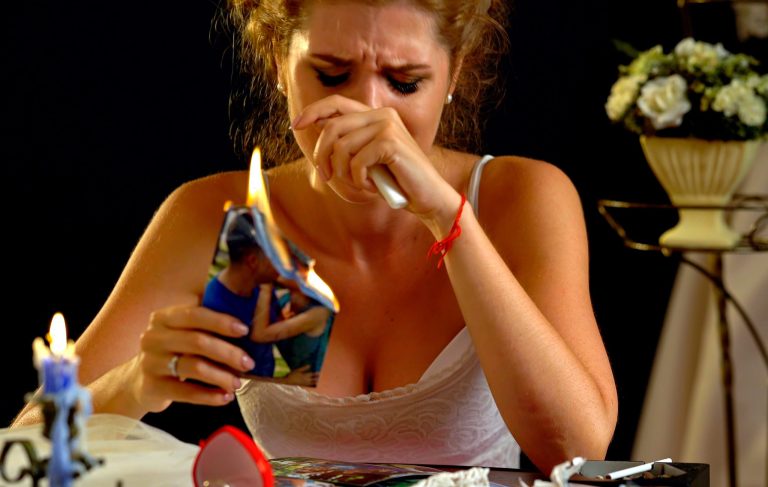 When I talked with the two of them, it was apparent that they loved each other. It was also apparent that he had been beaten into submission over the years by his father. As a result, he often made tradeoff decisions that favored placating his father over pleasing his fiancé. For example, after his father had promised him a raise in compensation at the end of last year and then didn’t follow through, her fiancé decided to “let it go” instead of standing up for himself. Because she wants to have children and not be the primary bread-winner, she felt he had let her down by not pushing to have enough of a salary for the two to live on. She connected dots he never connected. So, they delayed their wedding date – which was fluid and unannounced anyways – due to ongoing dysfunction between her fiancé and his father.

I asked them this: If the family business didn’t exist, would you two get married? They both responded with a resounding “Yes!”. So, I advised him to leave the business (advice I often give to those in their 20’s who want to own the family business someday – but that’s another topic for another day) and establish himself as his own man apart from his father or the family business. He needed to “leave” so he could “cleave”.

After four months, he hadn’t even started looking for another job and she had grown fatigued.

Sadly, she recently called me and told me she was going to end their relationship. She needs a husband she can respect and one who can support them. She’s doesn’t appear to be need a lot to live and and besides, she has the ability to support herself and can earn well over $75K/year. But her Christian values are what they are and she’s not going to compromise them. She wants a traditional Christian family where the husband is the head of their home and is the primary bread-winner while she stays home with the children and raises them.

When the family business gets in between family relationships, I consider the business to be too enmeshed with the family. This happens more often than one might think. In this case, it really comes down to how much each family member values the business itself over their family relationships or vice versa. Apparently, the father values their business much more than his relationships with his four children. Well into his 70’s, he’s still working every day, driving his staff hard and demanding perfection from them. It will take a serious health event to get him out of the business – but if/when that happens, it will be too late: his relationship with his children will have been too damaged for him to depend on them coming back and running the business. A fire sale may ensue, assuring him of a lower-than-market-value price for his business.

As a business consultant, I default to valuing family relationships over the business because family lasts a lifetime while businesses come and go. Her fiancé desperately wants to please his dad and that transaction can only take place within the family business because they have no relationship outside of the business. In some ways, he is still a little boy who desperately wants his father’s approval and is deeply hurting on the inside because he can’t seem to get it. He is caught in a never-ending cycle of trying to please his dad, getting rebuffed, so he tries again. It’s really very sad.

His choice is really between having a relationship with his father – however dysfunctional it might be plus having a job vs. leaving both to establish himself as his own man. That’s a daunting choice for any person. What he doesn’t see is the support he’d get from his fiancé’ if he would simply take the risk. He can’t see the forest – all he sees are the trees.

This gal made the right decision. A decision to marry is always a packaged choice. She would get her husband, but she would also get the dysfunction of her in-laws and the family business. That business – that elephant – would be with them at the altar, on their honeymoon, in their living room and likely in their bedroom. It would always be with them in a dysfunctional and demoralizing way. It’s an elephant from which one can never get away, unless one makes some difficult choices.

Here’s what would need to happen:

I’m hoping that by her ending their courtship, he’ll “wake up and smell the roses” and do what he needs to do to establish himself independent of the family business. By doing so, he may be able to win her back and, in time, may be able to own and run the family business. But given the current trajectory, I suspect he’ll have neither in the long run.

If you’d like to talk with Bill about your family business, simply call him at 763-458-3722 or write him at bill.english@theplatinumgrp.com. Bill consults through the Platinum Group, a business advisory firm located in Minnetonka, Minnesota.