There may be no more debilitating force than betrayal when it occurs in a family business. Poet William Blake (1757-1827) wrote, “It is easier to forgive an enemy than to forgive a friend.” That’s because every betrayal begins with trust. It is “a violence against confidence,” an inside job. In my experience, it ranks as a top destroyer of otherwise successful business families.

In this article, I provide some examples of how family business betrayals can occur, what happens thereafter and how to avoid them all together.

There’s no going back.

As a technical definition, betrayal breaks or violates a presumed contract of trust and confidence, creating moral and psychological conflict in a relationship between individuals, organizations or both.

But this cool, reasoned description misses its intensity. Of all possible tragedies in life (except the death of a loved one), betrayal can wound more painfully than things physical; pierce more deeply than things emotional; devastate love, trust, and loyalty beyond what would seem endurable. When betrayal occurs among family members engaged in a family business, the loss can be unimaginable. I have witnessed its crushing effects many times. Here’s one of them:

Jack was mentoring his 33-year-old daughter, Meredith, in the family business, where she had worked for five years and gained his confidence.

Years earlier, Jack divorced his wife, Leslie, (Meredith’s mother) and remarried. As time passed, Leslie became unhappy with the divorce settlement and decided to take Jack back to court.

During the settlement dispute, Meredith told her mother some private, sensitive financial information about Jack’s business. Jack was shocked and distraught by that betrayal, and promptly fired Meredith. Their father-daughter relationship was shattered and to this day, they won’t talk to each other.

Situations such as this among family members—strategic disagreements, leadership disputes, vendor arrangements, financial provisions, future business direction, buy-sell decisions—have caused irreparable harm and ruined relationships. On the surface they sound like typical business negotiations, but when family is involved and expectations are unspoken, hurt feelings cut deeply. Misunderstandings can quickly be seen as betrayal. Emotional distress damages relationships and generates destructive consequences to both the family and the business.

Reconciliation can seem impossible because it’s not “just business,” it’s personal. That’s why business families must learn to anticipate the unthinkable by having ways to prevent these situations and to learn how to heal hurts once they occur.

Prevent. And if you don’t prevent, heal. This approach unfolds in the example of the “Danz family,” a composite taken from actual events.

For nearly a decade, the Danz’s had been plagued by family business troubles. They tried several times to resolve their differences, without success. Relationships continued to deteriorate. For the last four years, the father, Charles and his oldest son, Stefan, had not spoken directly to each other, even though they worked side by side. Instead they passed all their communication through a younger brother, Michael, who also worked for the company.

Michael eventually became so frustrated he finally announced he would no longer be in the middle. He told Stefan and his father they had to work things out. I was asked to help them find a way to heal.

In conversations with the family, I learned that when Charles was ten years old his father died of a heart attack. I recognized this was a way to redefine the wedge between Charles and his son, Stefan. It was an issue of loss. Charles had lost is father through death, and Stefan lost his dad to business tensions and unrecognized pain.

As I widened the discussions to other family members who were participating, each also identified losses. Elaine, the mother, Patsy, the oldest son’s wife, and Marc, the youngest son, all recognized this sense of loss as an issue. We were able to create positive intentions from this mutual understanding. They were a conservative, traditional Catholic family and moved forward within a handful of meetings.

But there was another issue that kept the family from healing. Siblings (there were five other children) vilified Stefan because of his ongoing tension with their dad. They shunned him at family gatherings and held him at a distance so that family get-togethers were emotionally punishing. Everyone was hurting. All felt betrayed and misunderstood. No one could see a way out.

I suggested to the family that the unrecognized sense of loss and treatment of Stefan, the ostracized oldest brother, were holding them back. The emotional pain that arose from betrayal kept them from sharing their distress let alone forgiving each other. Once they grasped how this was the problem, I recommended a Family Forgiveness Ritual© that included their priest. They were eager to proceed.

At the meeting, I presented the psychological aspects of forgiveness. The priest observed forgiveness from a religious perspective. A Benedictine monk, he drew from the church’s long tradition of forgiveness, bringing a positive perspective that encouraged the family. 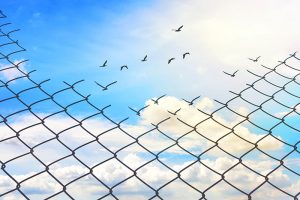 Then it was time for family members to talk about what they wanted to be forgiven for. There was a long, long silence—so long that I wondered if this was the right thing to do.

After another long silence, Charles said, “I want to ask your forgiveness for how I handled hearing that you were gay.” The curtain lifted. Elaine began to cry and each member of the family in turn shared how they had contributed to the problem. Even daughters-in-law who had more recently become part of the family wanted to be part of the process. Charles and Stefan also forgave each other.

The younger son’s courageous admission that he had not trusted his father lead to an open discussion of forgiveness within the family. Charles apologized to his son, Stefan, for the unkind and judgmental things he said about his wife. Stefan forgave him. In turn, Stefan forgave Charles for the mean spirited and critical behavior he displayed at the company.

As a result of the Forgiveness Ritual, Charles and Stefan reconciled with each other and resumed their father-son activities—the Friday night ritual of meeting over a beer and attending the local high school’s football games.

During the last part of the Forgiveness Ritual, their priest conducted an absolution ritual. The family celebrated the Eucharist (a tradition of the biblical Last Supper involving bread and wine) at their home and followed with a potluck meal to which they all contributed. As they cleaned up at the end of the day, they reminisced and shared stories. Stefan, who at the beginning of the ritual was isolated in a corner, was now the heart of the family sharing. And, for the upcoming Christmas, Quinn brought his partner home for the first time. It was, the family said, the “best Christmas ever.” In part two of this article, solutions to betrayal and the impact of forgiveness will be explored.

Betrayal is a powerful emotion that is best soothed by a combination of other emotions that can help a family overcome mistrust, blame, and incredible pain that can tear apart business families. These emotional centers are: acceptance, compassion, forgiveness, and gratitude.

The combination of these four actions helps both the betrayed and betrayer to begin the healing process and refresh their relationship. By making this choice and taking responsibility for our responses we create an inner peace and do not allow hurts and betrayals in our lives to overcome us.

Of course, the preferred approach is to prevent or reduce the capacity for betrayal in the first place. That is made more possible by structuring a business to avoid it.

Yet family-owned businesses often lack structure because, too often, family members confuse formality with mistrust. “We don’t need rules,” they say, “because we love each other.” Yet that is precisely the reason why a business family needs clear agreements.

Structure and formality set ground rules as in a baseball game. They help family businesses identify exactly what’s fair and foul. Too much informality gets people in trouble.

Meredith, the daughter who was fired, should not have had access to the company’s financial information early in her career. But, because she was family, she saw information that would not have been available to an employee working up in the business. Restricting access would have prevented the problem from occurring.

The Danz family put individual disagreements ahead of business effectiveness. An impartial board of directors with outside advisors would help prevent these dysfunctions. A more formal contract describing each family member’s responsibilities and duties would set parameters and define roles. Additional education, skill development, and leadership mentoring would help nurture the capabilities of individual family members. Unless this is done consciously and formally, it is left to chance and the business as well as the family suffers.

Betrayal is so devastating because it is strongest when it occurs with someone you love. It is doubly disheartening when the betrayer is both a family member and a co-worker.

There is no complete antidote for betrayal. As I tell my clients, “It is easier to prevent a problem than to try to fix one,” and business families can inoculate themselves with structure, clearly defined roles, checks and balances, and love that chooses to forgive the impact of betrayal.

Tom Hubler is a nationally renowned expert on family business issues and author of The Soul of Family Business: A practical guide to family business success and a loving family