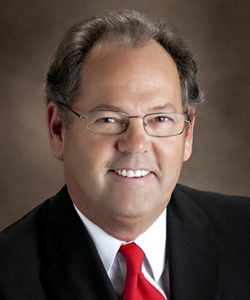 By Dean Bachelor, Founder and Chairman

It was the year 2010. The Great Recession of 2008–2009 had created an opportunity for Platinum Group to help banks deal with their troubled credits (loans). Years ago, we formed Platinum Receiver Services to facilitate receiverships capable of addressing the disposition of assets that banks require when they are near or at foreclosure.

We received a phone call from a banker we knew at U.S. Bank. The bank had a loan with a 60-year-old, family-owned business by the name of Nordquist Sign. This once-robust manufacturer of large signs that you see on the tops of casinos, banks and other retail business throughout America had experienced a torturous several years. Dick Nordquist, the patriarch of the family, had worked for five decades to build a highly successful company—the largest sign company in the Upper Midwest. Nordquist Sign was known for its high quality and capability of building the largest signs available. Some of the signs were so large they had catwalks built into them to service air conditioners integrated into the signs to handle heat generated by all the lights.

Dick had succeeded in building a company with no debt and seven figures of cash in the bank before deciding to retire and complete a succession plan with his son. Several years later, with the help of the Great Recession, the business was struggling, and the bank reluctantly owned all its assets.

When we arrived at the plant located on Lake Street near Minneapolis’s Uptown area, several things became obvious. First, the company had closed its doors two weeks earlier. There was only one receptionist at the front desk taking phone calls from customers and creditors, simply saying, “I’ll have someone get back to you.” Second, the plant was exceptionally large, had been added onto several times throughout the decades and had lots of assets including accounts receivable, inventory and equipment.  Third, we learned the company’s bank debt was minimal compared with the level of its assets. So, I thought this was going to be a relatively easy job recovering enough cash from the sale of assets to retire the bank debt.

As I walked the plant floor, I kept shaking my head. There were hundreds of thousands of dollars of work in process, signs that were almost completed or in the process of being built. It was a shame to see this one-time example of successful entrepreneurship in the middle of its death throes. It was sad to think of the dozens of jobs that had been lost and the frustration that these families must have felt as they walked out of that facility, not expecting to return.

I made a few phone calls to the members of the management team and asked a simple question: “If we bring in new leadership and some capital to kick-start the company, would it be possible to reopen and save the business?” The sincere answers I received gave me hope.

I then called the banker and asked another simple question: “Our job at Platinum Receiver Services is to obtain enough dollars to pay off your loan, right?” He replied it was. “So, if I bring down a check to you right now and pay off your loan in full, will you sell me the assets so that I can reopen the business?” His response: “I would be happy to.”

Next, I called Dick Nordquist down in Naples, Fla. Dick had received calls from employees and had learned of the company’s plight. And when I asked him if he would join our board of directors and make a few phone calls to some longtime customers who were concerned about the company‘s future, he readily agreed.

As Dick walked onto the plant floor on the first day we reopened the company, there was hardly a dry eye in the place. Employees gave him a standing ovation. His son had preferred he not be active in the company during the previous four years and Dick had been sorely missed by everyone. Dick wasn’t simply their former boss; he was their friend and was Godfather to many of the employees’ kids. The employees’ gratitude for getting back to “the good ole days” was heartening.

Except for a couple of employees who had found new jobs during that two-week shutdown, we rehired every employee and asked them to get back to work doing what they were doing before they left, but with a new attitude. Then we put together a plan—with their help—to restore the company to its previous level of success. A year later, I received a phone call from the owner of our largest competitor, located in St. Paul. He said, “Dean, what has happened over there at Nordquist Sign is impressive. And I don’t enjoy losing business to you guys. So, either you buy me or I will buy you.” Within a week we agreed to a deal that enabled him to acquire Nordquist Sign.

Saving jobs. Restoring Careers. Rebuilding trust. Creating profitability and wealth-building opportunities. These are the attributes of Meaningful Capitalism at work.

If you know of a company that you feel exhibits Meaningful Capitalism, please let us know. We’ll have applications for those companies wishing to apply. And if your firm wishes to be a sponsor of this awards ceremony, just give Dale Kurschner at Platinum Group a call at 763-567-9241, or Dale.Kurschner@ThePlatinumGRP.com. He’ll be happy to provide the details.