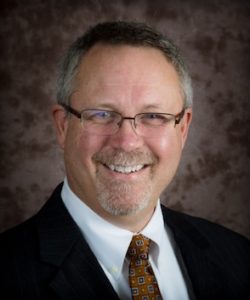 I was talking with a colleague this morning about common threads in businesses that need to be turned around. One we briefly discussed pertained to risk and agency cost—the ability of a key employee, owner or partner to engage in activities that are personally beneficial but hurt the organization. Such benefits can range from what they buy with company dollars and time, to what they do, or avoid doing, on the job for personal reasons. In a privately-held business such as his with about $50 million in annual sales, agency cost can be one of the elements that is least managed but potentially most costly.

In an interesting article published by Deloitte within the frame work of the Wall Street Journal, the accounting firm suggests owners develop a “risk intelligent” culture, one in which each employee takes “personal responsibility for management risk in their work every day.” Costly errors often occur when well-intentioned employees make decisions without regard to the risks involved. 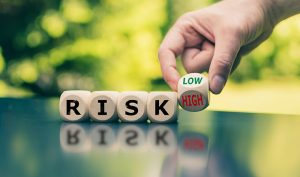 For example, John was a fairly competent controller for his $9 million-a-year company. But when it started to experience cash flow problems due to declining sales, he fell behind in making small tax payments to various states. None of these payments were over $100, but over time, as he ignored the repeated demand notices, the fines and interest costs levied by the various states grew to a collective payout of several thousand dollars. While sales continued to decline to less than half of what they were, John’s inactions came to light. Needless to say he was fired. On his way out, in his own defense, John commented on how he didn’t have any money to pay the taxes in the first place, so, “what was I supposed to do?” This statement was revealing on several levels, but at a minimum, it reveals that John didn’t have any appreciation for the risks involved in not paying taxes when they were due.

While John’s example (a real case scenario, I might add) is a bit extreme, it does illustrate the point that employees should understand and appreciate the core risks inherent in their decisions. John didn’t even connect what he was doing (or not doing) to any risks he was creating for the company. And since his CEO had too much trust in his person and work (another risk that the CEO himself only saw in hindsight), it made for the perfect storm. So at a time when the total tax bills would have been less than $1,000, John’s actions created a total tax bill of nearly $5,000 as well as incurring another $2,500 in legal fees.

In a risk intelligent culture John would have known and understood the risks he was creating and instead of being silent, he would have informed the CEO of his decisions and discussed them with him (preferably before he made them). In addition, the CEO would have trusted less and verified more the quality of John’s work. Early detection would have saved the company thousands of dollars.

If you haven’t already dealt with this issue for your business, I recommend you read the Deloitte article as it can serve as a great starting point.