Family members in family businesses suing each other is not uncommon. Just in the last few months, I’ve run across several situations in which family members sue each other for various reasons.

For example, in Newton, PA, Nina Kaplan was successfully sued by her father and is now required to pay $2.13 million because of poor business results and suspicions about embezzlement. Her business was forced to close. A sign on the door read, in part, “My own father suing me. There are no words for this.”

Earlier this year, Kim Lund was awarded $45.2 million for her shares in the Lunds & Byerly’s corporation. She had sought $80 million. At the time of this writing, it appears their family dispute is headed to the Minnesota Supreme Court. The judge in this case, Hennepin County Chief Judge Ivy Bernhardson quoted the Bible at the end of their trial: “But I tell you that anyone who is angry with a brother or sister will be subject to judgment”. She went on to say to both parties “Family life is too intimate to be preserved by the spirit of justice. It can be sustained by a spirit of love that goes beyond justice…while they are only words, there are profound thoughts behind these words. I wish the parties peace.”

In all these cases, several things were true: 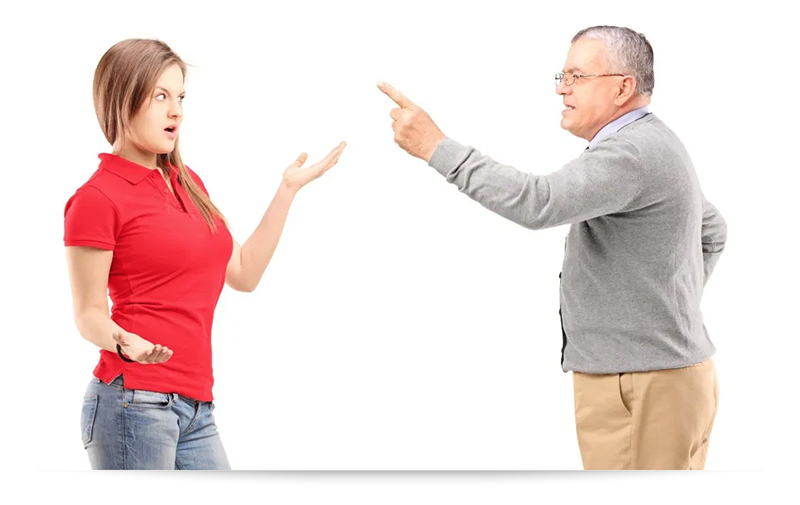 Justice means that the law is applied without prejudice against those who have violated it: violators receive their just punishment for their wrongful actions. Forgiveness means I acknowledge you have violated the law while also accepting the hurt and pain you have caused me. But here’s the catch: I give up the right to hurt you back. I don’t require a just punishment be inflicted on you for your wrongful actions.

Forgiveness is tough stuff. It’s not for the faint of heart. While it doesn’t continue to accept abusive, illegal or violating behavior, it also gives up the right to find equitable outcomes where the offended party is made whole.

Forgiveness is born in love and grown in the soil of maturity. When you find people who can’t forgive in business (or in life), it demonstrates that their hurt is so deep that it has driven their love for the offender away. Revenge is the natural outcome for those who can’t forgive.

Forgiveness is always a choice. It is not an emotion. Forgiveness usually does not lead to reconciliation or restoration, but it does release the forgiver from the bondage of hate and bitterness that often hinders one from a successful and thriving life.

In order for family businesses to survive with the families thriving together, forgiveness must be present and exercised on a regular basis. At times, members must give up the right to be right. And at those same times, justice must be subordinated to love.

In our hyper individualistic, money-is-sacred-above-all-else, I-deserve-my-rights-all-the-time-oriented culture, the message of forgiveness and love can be counter-cultural. But without those two gifts that family members give each other, family businesses will likely fail and the family itself will be forever injured.

Bill English, MA, LP, MDiv is a family business advisor with the Platinum Group in Minnetonka, Minnesota. He assists families with conflict resolution and positive successions of their business as well as offering interim CEO work for family businesses in unexpected transitions. You can contact Bill at bill.english@theplatinumgrp.com or call 952-259-3217.