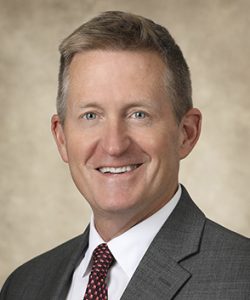 U.S. commercial Chapter 11 bankruptcy filings through September outpaced the number filed in all of 2019. And the 747 filings made that month represented a 77 percent increase from the same period a year earlier, according to AACER court data.

Yet Minnesota’s economy appears to be rebounding quite well from the depths of the Covid-19 recession earlier this year, based on a synopsis of recent survey results and data updates.

New business filings in the state, for example, averaged 6,658 per month through October, up nearly 10 percent compared with last year’s monthly average, according to the Minnesota Secretary of State’s office. This gain is despite a drop in filings in April, May and June due to the pandemic.

Minnesota continues to add new jobs, with 14,800 more payroll positions posted in September. And its unemployment rate is now down to 6 percent. While this is because 56,299 Minnesotans dropped out of the labor market during September, according to the state’s Department of Labor, the state’s labor participation rate of 68.4 percent ranks third highest in the nation, according to the U.S. Department of Labor.

Meanwhile, the most recent Creighton University Mid-America Business Condition Index found that business conditions in Minnesota “soared” to 82.7 in October from 55.9 in September (above 50 indicates an expansionary economy over the next three to six months; below 50 indicates contraction). Components of the overall October index were: new orders, at 81.4, production or sales at 79.4, delivery lead time at 85, inventories at 88.5 and employment at 78.9 – all “validating a rapidly improving state economy,” says Creighton.

These findings are part of Creighton’s monthly index monitoring business conditions in the nine-state region stretching from Minnesota to Arkansas. October was the fifth straight month in which the region’s index advanced above its neutral line, to 70.2, its highest level since 2004. 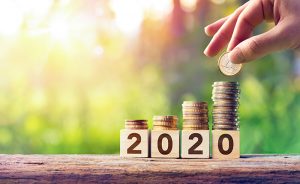 A new “Rural Mainstreet Survey” of bankers in rural parts of 10 Plains and Western states (also done by Creighton) found more enthusiasm for the state of their local economies than they have since the pandemic began. Its index rose to 53.2 in October from 46.9 in September and well ahead of 35.5 in March. Most bankers expressed optimism about the economy’s outlook over the next six months, with the index on this topic rising to 51.6 from 50 in September.

Challenges remain, however. One third of the bankers polled for the Rural Mainstreet Survey report their economies were still experiencing recessionary economic conditions. And in the Mid-America Business survey, 80 percent of supply managers reported their firms were experiencing difficulty finding and hiring qualified workers.

Creighton’s findings are similar to what was shared by a small group of Minnesota business owners and C-suite leaders representing a variety of industries and company sizes polled in September.

Most of this group remained upbeat about the economy, and while expecting revenues to decrease during the fourth quarter ending December 31, said they plan to increase hiring and capital expenditures while improving employee productivity.

Finding good talent was a significant concern, with 50 percent of respondents expecting it to become even harder by year’s end. In fact, the single greatest concern on the minds of business owners polled has to do with talent: attracting, training and retaining good employees, keeping them healthy, attracting them back to the office and increasing their productivity.

Here’s what some business owners and leaders had to say to a couple questions:

How is your business planning for 2021 relative to the ongoing Covid-19 pandemic and its expected impact on the economy?

“Fraught with uncertainty. We are developing multiple scenarios based on the level of community gathering that is permissible and safe.”

“We're planning for growth and strengthening. The politicians cannot keep a lid on the underlying economic vitality for much longer, although I'm surprised at their willingness to promote economic pain and suffering for this long.”

“We are streamlining, holding positions open where we can and re-prioritizing our services.”

“We are more worried about the entire Minnesota business ecosystem – that is, so many businesses are being displaced by our not being downtown! Minnesota is becoming a less and less attractive place to Headquarter business.”

“Filling the social void has been the biggest challenge as a business owner. Much of my value and self-worth has been built on networking and the ability to garner business and partners doing so.”