Jim was rightfully proud of his company. He had nurtured it from a garage start-up to an enterprise generating $40 million a year in sales. To ensure a smooth transition, Jim met monthly with Robert to review the company's performance. At one such meeting Jim noticed Robert's last item on the agenda: "Jim's Schedule." When they got to it, Robert said, "Jim, if I'm going to be successful around here, you can't be here as much."

Jim felt his face turn ashen. In shock, he thought, 'What will I do? The company is my life.' Then he thought about his hobby farm and his boat on Lake Michigan and decided, “I'll be fine. I have plenty to do.”

A few months went by. Jim was having another monthly meeting with Robert, and the last agenda item again was "Jim's Schedule." When they got to it, Jim said, "Well, Robert, at least I'm doing a better job of not being around as much." Robert shook his head slowly from side to side.

Jim realized Robert was right. Although Jim wanted to turn his attention to his hobby farm and boat, he couldn't do it. Even though his continued presence in the company undermined Robert's leadership, he could not, in his mind, "quit" the company. 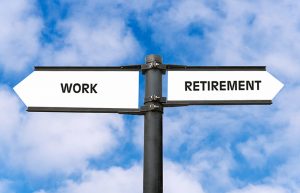 The decision to step down and retire is one of the hardest a family business entrepreneur ever makes. But entrepreneurs don't have to retire and leave their companies. Instead, they must change their job description. Jim should become the architect and designer of new ownership, management, and leadership systems. He should be the lead family member to organize and build consensus on family values and family philanthropy. He doesn't have to quit; he just has to lead from a new perspective.

As rewarding and manageable as this approach seems, its usually easier said than done. In my 30 years of consulting with family-owned businesses, I have seen many entrepreneurs who failed at the "letting go" process, which I refer to as the last challenge of entrepreneurship.

There are likely as many reasons for failure as there are reasons for entrepreneurs struggling to pass businesses on. But in my experience, the breakdown tends to come from a failure in communication with one’s spouse.

A company once hired me to do its succession planning. The company's accounting firm had taken the lead on the technical side. The accountants created a tax-driven plan that would save an enormous amount of taxes. It allowed Allan, the entrepreneur, to retire immediately and to winter in Arizona.

I was invited to the briefing in which the accounting firm presented the succession plan to Allan. Although a bit surprised by it, Allan quickly warmed to the idea of spending his winters in Arizona. Allan's wife, Helen, was not at the briefing.

Next, the accounting firm presented the logic, the tax savings and the value of the agreed-upon plan to a wider group, including Helen. Helen's response was definitive. She slapped her hand on the table three times as she yelled, "I'm too young for my husband to retire!" That ended the discussion. Allan did not retire for another five years.

I believe that every couple involved in a family business has already made an implicit contract in their relationship concerning that business. It may be unspoken and implied as they take on roles to meet the needs of the business. By the time the couple is in their sixties and certainly their seventies, however, they need to be more explicit about their expectations. They need to be specific about what they expect for the future and not merely assume that their partner knows what they expect.

Both spouses need to share their individual "new" dream and include the coming generation as part of that dream. They must work together to support the transition, determine their new job descriptions and communicate their intentions.

This makes sense when you realize that entrepreneurs by definition are driven by their dreams. When they move on from being the family business driver, they are most successful by developing a new dream relative to work, family, relationships, money/wealth, leisure time, health, community service and spirituality.